In recent weeks the mainstream media has reported on a few charities abruptly closing their doors to the communities they serve. These reports have provided little insight, while the charities have kept to scripted, vague talking points. I naturally wonder, whats’s really going on?

Yesterday, a local news outlet reported yet another significant charity abruptly closed its doors; halting program delivery to thousands of children and youth. The charity had been in existence for over 40 years.

In this particular case, no official public announcement was made by the Board of Directors or a spokesperson. The charity left an cryptic voicemail on its office telephone for incoming callers. The charity’s website was scrubbed, the Twitter account stalled, and yet on-line donations can still be made through its fundraising portal. The charity’s national office has not yet posted any official announcement, nor provided any inquiry contact information on its website.

The charity’s ousted President & CEO has posted a personal announcement on his Facebook page, and because its was the only information released to date, the post formed the basis for local media reporting of the story to the broader community.

A charity’s abrupt closure can leave a significant negative impact on a community. There are numerous legal and ethical questions to consider, however, recipients are left without service (perhaps with no alternative), donors will not see the social impact they hoped for, staff are out of jobs, while volunteers are left to grapple with the events of the day. The closure can be devastating to a community; does the public and the stakeholders deserve to be properly informed?

With this recent case, the lack of disclosure of information has left me, and I suspect the broader community, scratching our heads.

In the coming weeks and months I want to research this issue on what other charities have done, how it impacts our charitable sector and the public confidence in our work. In the meantime, I thought I would first turn to you for your response to the my immediate burning question.

When a charity abruptly stops serving its community, what detail of information, if any, is the public entitled to receive?

Please share your response to the above in the Comment Box below or, if you prefer, send me a private message to the link: Keith Publicover – Charity Disclosures

Thank you for your time and thoughtful response.

Author’s Note: The names of the three specific charities have not been disclosed here as I believe that it not germane to the question I am asking. These charities were based in two separate provinces in Canada, and reported in the public media.

This site uses Akismet to reduce spam. Learn how your comment data is processed. 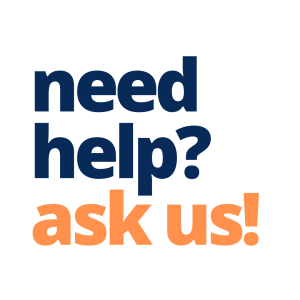